A while back I purchased a mechanical keyboard, the ErgoDox EZ but made the mistake of not fully understanding what I was getting into. I was drawn in by the hype then and didn’t realize until after I had spent money on it that the keyboard was “ortholinear”. I know.

In the past, I had always used a staggered keyboard layout. However, I was initially drawn to the ErgoDox because it was split and marketed as “ergonomic”. I quickly realized that these types of keyboards are geared towards a specific group of people, typically those who want to keep their hands as far apart as possible, such as programmers with repetitive strain injuries. Since I didn’t have this problem with non-split keyboards, I realized that the ErgoDox keyboard was not for me and I had to get rid of it.

My new purchase is the Keychron K8 Pro, which I want to call my first mechanical keyboard because it’s a keyboard I intend to keep for good and the layout of the keys is something I already know.

Before settling on this keyboard, I exhaustively explored YouTube, Reddit and Google to find the best option. The Keychron brand consistently surfaced in my searches. While I also encountered Logitech and Nuphy, I ultimately passed on them for several reasons. Keychron, in particular, stood out to me due to the high praise and enthusiastic recommendations it received from keyboard aficionados, particularly on YouTube.

Here are the reasons why I chose the K8 Pro, listed in no particular order of importance: 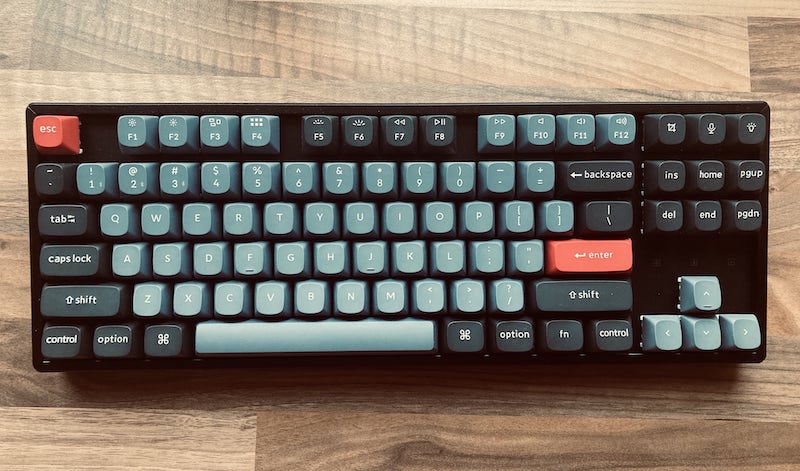 The aesthetic of the K8 Pro was a major factor in my decision to purchase it. The vintage, retro design evokes feelings of nostalgia for my early experiences with computers. As someone who learned to touch type using the Mavis Beacon program on a similar clunky-looking keyboard, the design holds a special significance for me. The chunky, sturdy appearance of the keyboard gives the impression of durability, reminiscent of the indestructible old Nokia 3310 phones. The specific model I chose, the K8P J3, features an aluminium frame, which adds to its weight and overall sense of sturdiness. This keyboard is built to last.

The primary reason I decided against low-profile models was because I believe they are less durable and lack the sturdy, classic look that I prefer. I have concerns that they may be too flat and fragile. 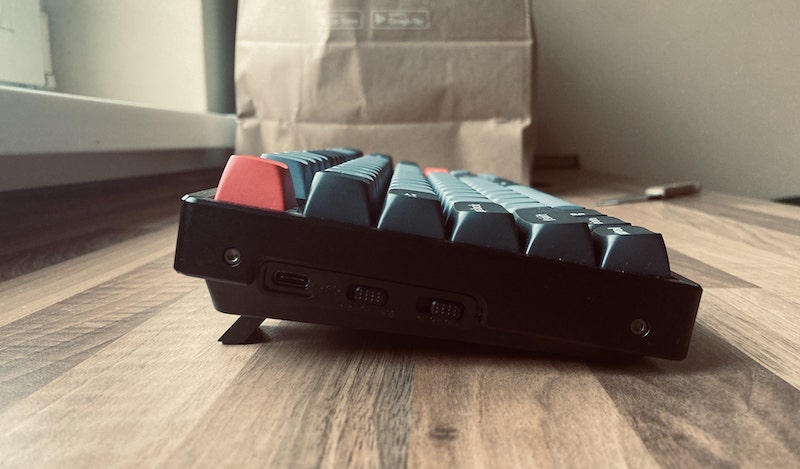 Another factor that influenced my decision to choose the K8 Pro was its layout. The keyboard features an 80% tenkeyless layout, which strikes a balance between the large 100% layout with a full numeric keypad and the more compact 60% layout. This layout allows me to have a keyboard that doesn’t take up too much space on my desk but still has the arrow keys separated and distinct from the main keys.

This model is hot-swappable, I can change the switches any time I feel bored and it’d feel like I got a new keyboard, with the aluminium frame on this keyboard, I feel it will last long enough for me to experiment with different switches and keycaps and have a different feeling every time, that to me is a huge win.

The K8 Pro’s Bluetooth 5.1 capability and ability to connect to three devices simultaneously is a feature that I found difficult to overlook. This feature is particularly useful to me as I have three computers, one of which is a Windows PC, and I can connect to them seamlessly. The ease of use and compatibility with my devices made it a clear choice for me. 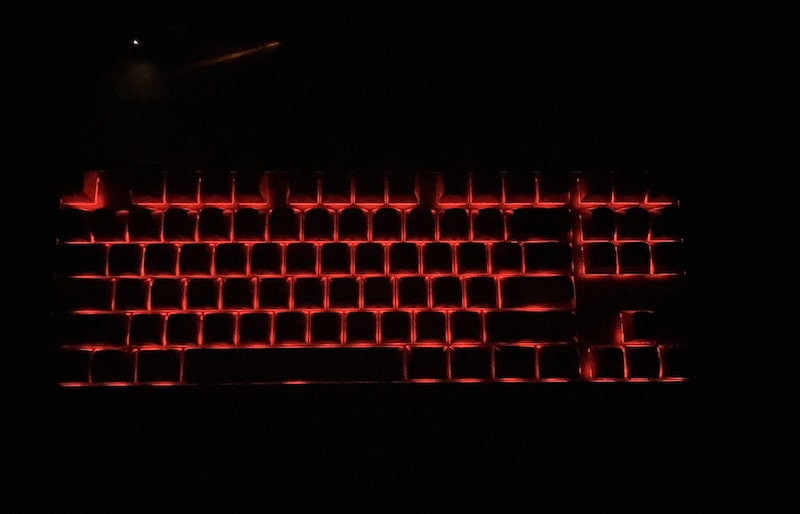 Another aspect that contributed to my decision to choose the K8 Pro was its battery capacity. The keyboard boasts a 4,000mAh battery, which is larger than many low-profile models. While I am not certain of the exact battery life between charges, I am confident that it has a longer lifespan than the low-profile options. The child in me also appreciates that it glows in the dark. The RGB LEDs add a fun feature that makes using the keyboard more enjoyable. 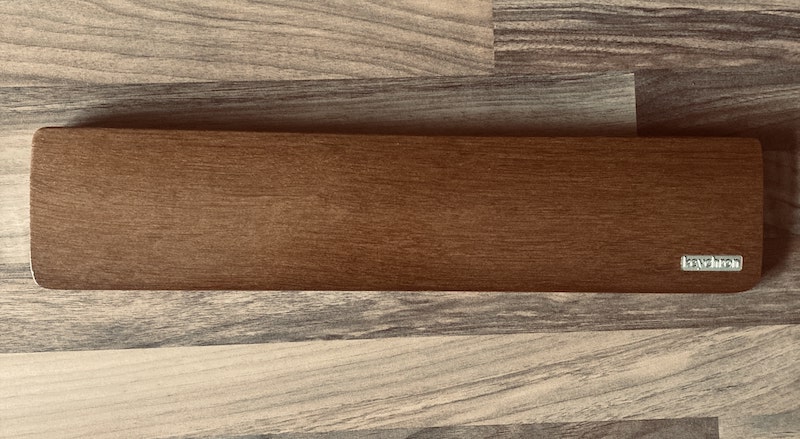 I also opted to purchase a palm rest for the K8 Pro, as many people had recommended it due to the height of the keyboard. They were right, without the palm rest, I would strain my wrists. I think though, that the palm rest is overpriced for a simple piece of wood. $30 for a slab of wood that small is a lot. 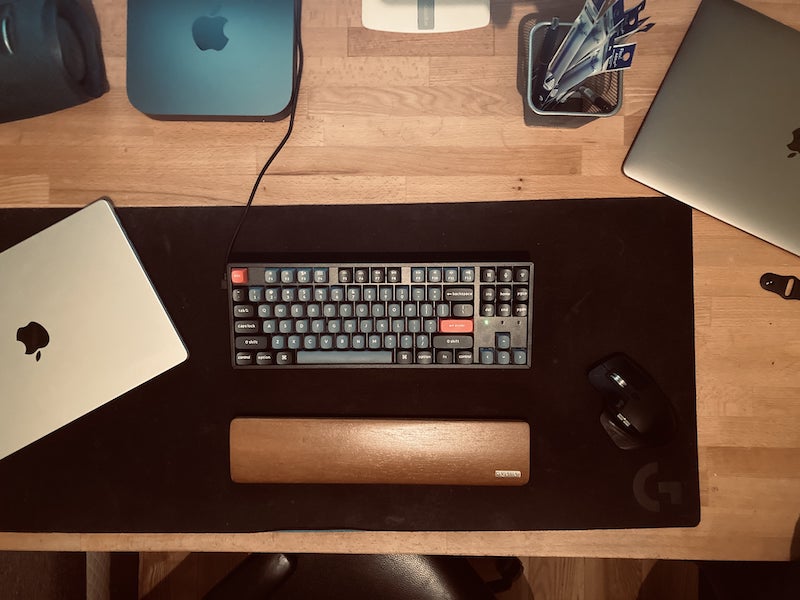 To say that I am satisfied with this keyboard and thrilled with my purchase would be an understatement. It brings back a lot of good memories from my childhood and I am pleased.