An Overview Of Ruby on Rails 7.1 Features. Part II.


Here are links to the other parts of the series:

If you landed here through a search engine or a referral link, this is the second part of a three-part blog post series of features coming to Rails 7.1. Please see the intro section of An Overview Of Rails 7.1 Features. Part I for some context.

I encourage you to scroll down and subscribe to my newsletter for Ruby and Rails goodies if you’d like to stay up to date on developments or tips.

If you prefer hashes over raw SQL strings, now you can use them with select when you join tables. For instance instead of:

ActiveSupport::Notifications will now capture :locals in addition to :identifier and :layout. This change is motivated by the need to gain additional insights into the rendering process to enable developers to make more accurate assertions about it during testing. Additionally, it may also be useful for APM purposes.

This is more of a bug fix maybe. Either way, still a great merge in my books. The Rails.error.report method has been updated to mark reported errors as such, to prevent them from being reported multiple times. This is useful in cases where users want to report errors with additional context before allowing them to bubble up, or where errors need to be safely caught and reported outside of the execution context.

You can now pass a class directly to dom_id without having to call new. This makes using dom_id more similar to using dom_class, and it also helps to improve performance by avoiding the creation of a new object just to generate a string. This can save a few keystrokes and improve the efficiency of your code.

This pull request introduces a new option called tags_format to ActiveRecord::QueryLogs. The tags_format option allows users to customize the separator and quoting style used for key-value pairs in their query logs. By default, tags_format uses a colon (:) as the separator and does not add quotes around values. However, some users may prefer to use a different separator, such as an equals sign (=) as used by the sqlcommenter gem. The tags_format option allows users to choose between the default behaviour and the :sqlcommenter style by setting the option to the corresponding symbol.

12. Facilitate the use of any regular ERB in database.yml.

DummyCompiler has been replaced with ERB::Compiler. True to what dummy compilers do, it’d blow up when one tried to use ERB in a YAML key. This pull request makes it possible to use ERB in YAML keys. While at it, Rails also deprecated config.active_record.suppress_multiple_database_warning.

This pull request adds column information to exceptions that occur inside ERB templates. It builds on the work done in item 3 above. Now we can have some nicety like: 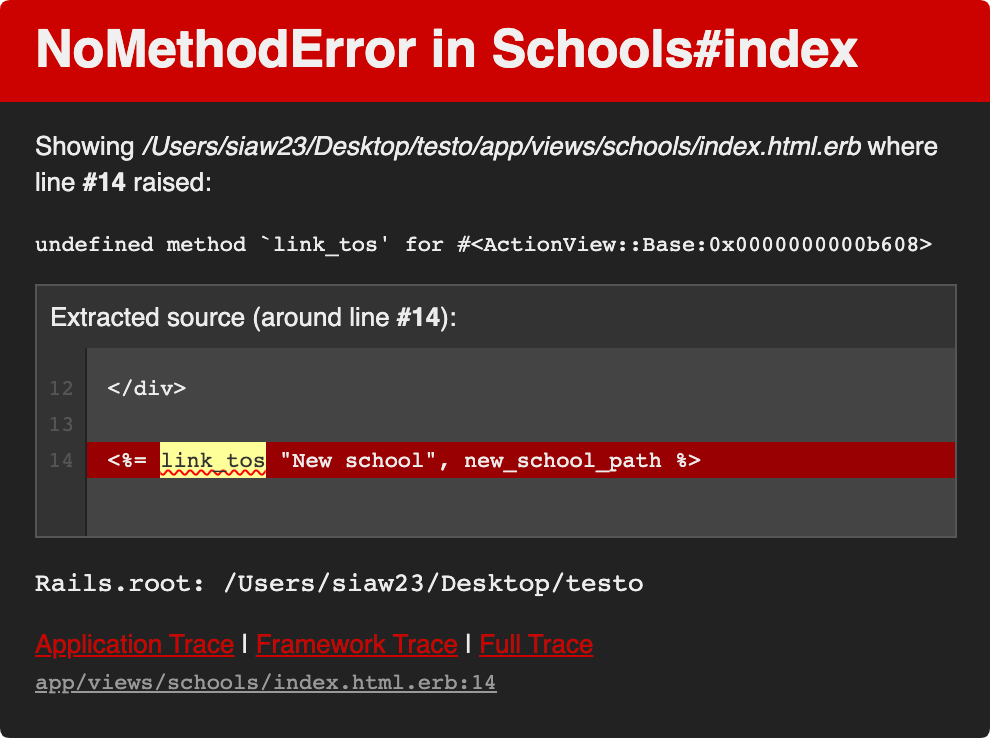 That’s it for this instalment! Part III is in the works with about 25 features. What has been your favourite feature so far? You can let me know in the comments.